Butch Hassell’s achievements were many, from All-County Team Captain four years, to All-Star teams, to being a key player on the Beaufort High School’s undefeated state championship teams as the all-time leading scorer with 50 points in 1960, to leading as quarterback for Beaufort High School’s football team to four State playoffs. He credited his success on the court and on the field to his parents, coaches, along with his teammates and supporters who set their goals high at an early age and pushed each other to succeed. He noted that in Beaufort during the 1950s and 60s, the entire community supported the school’s athletic teams and that played an important role in the school’s successes. 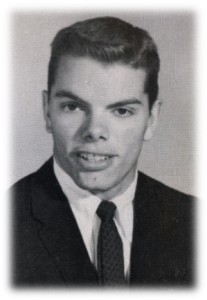 The Hassell Family was extremely athletic and community-oriented. Charles (Pud) Hassell, Jr., a cousin, and Ray Hassell, another cousin, both played for Dean Smith at UNC and were excellent basketball players. However, Butch was a pure shooter, had an excellent command of the floor, and was an outstanding point guard that made everyone else a much better player …