Ammie L. Willis of Davis Shore was a hunting guide of much notoriety in Carteret County.  The hunting guide business and the people it attracted to the area in the winter time was a significant economic boast.  Among Ammie’s regular customers were Igor Sikorsky of aircraft fame, Tom Zachery– the baseball pitcher who served up Babe Ruth’s historic 60th home run in 1927, and the legendary George Herman “Babe” Ruth himself. 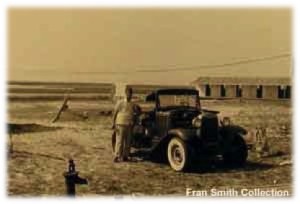 … Everyone who’s ever been hunting down east knows Ammie Willis of Davis, the oldest hunters’ guides in Carteret County … In hunting season, Capt. Ammie can accommodate up to sixteen hunters in his house for the Core Banks area.